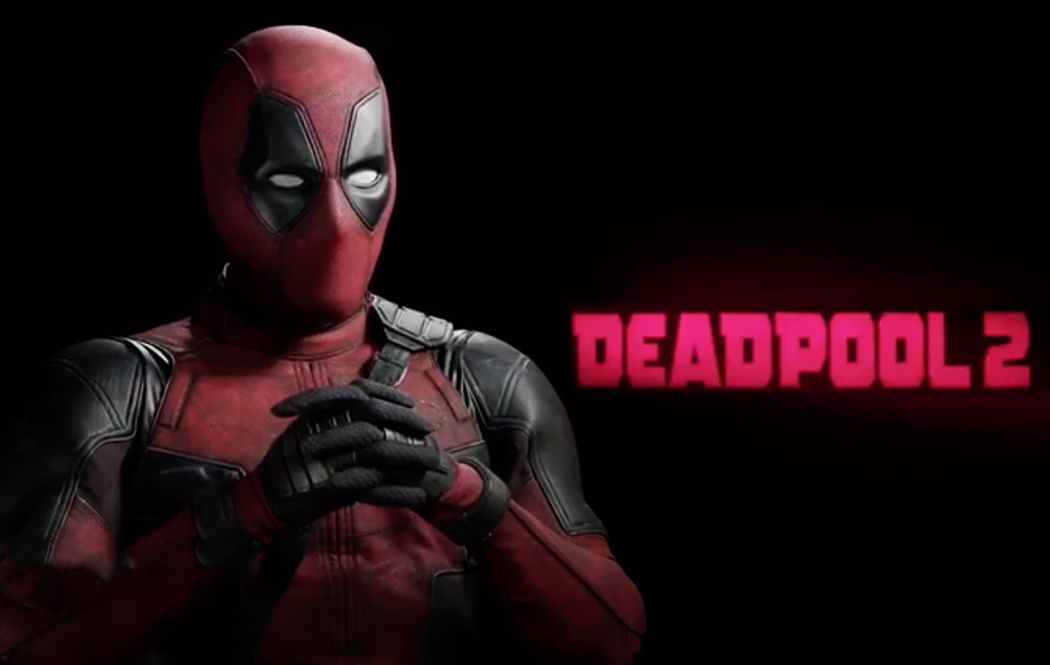 A story as heroic as any other — after surviving a near fatal bovine attack, a disfigured cafeteria chef (Wade Wilson) struggles to fulfill his dream of becoming Mayberry's hottest bartender while also learning to cope with his lost sense of taste. Searching to regain his spice for life, as well as a flux capacitor, Wade must battle ninjas, the Yakuza, and a pack of sexually aggressive canines, as he journeys around the world to discover the importance of family, friendship, and flavor — finding a new taste for adventure and earning the coveted coffee mug title of World's Best Lover.

But seriously, our favorite anti-hero is back and this time he's forming his own team of fellow mutant rogues to protect a young boy with supernatural abilities from the brutal, time-traveling mutant, Cable, played by Josh Brolin. A killer all-star cast including Zazie Beetz, Ryan Reynolds (Mr. Deadpool himself), Morena Baccarin, Terry Crews, T.J. Miller, and more also join in for the second installment.

We have such a heart on for Deadpool that we sat down with the cast to talk about DEADPOOL 2 — everything from the epic bromance between Cable and Deadpool, down to what it’s like to be an anti-hero.

Are you sure you want to refund this ticket purchase?

We're sorry, there was a problem with our system: [return the ajax error message]. Please go back and try what you were doing again.

Something's up with that promo code...

Please try these steps to resolve the problem.

Unable to reserve your seats

Something's up with that food bundle selection...

Please go back and re-select your seats.

Something's up with that card...

Something's up with that gift card...

Either the username or password you entered is invalid. Please go back and try again.

Please re-enter your email address and password to try again. Alternatively, you may checkout as a guest.

An already exsits for this email. Try logging in.

Oh, no! There was a problem creating your account!

An account already exsits for this email. Try logging in.

We were unable to change your password. Please try again.